Festival IZIS
Wormhole
A wormhole is a special solution to the equations describing Einstein’s theory of general relativity that connects two distant points in space or time via a tunnel. Ideally, the length of this tunnel is shorter than the distance between those two points, making the wormhole a kind of shortcut. Though they are a staple of science fiction and have captured the popular imagination, wormholes are, as far as we know, only hypothetical. They are legitimate solutions to general relativity, but scientists have never figured out a way to maintain a stable wormhole in the real universe.

In her new project entitled Wormhole, Sara Bezovšek depicted a potential scenario of this type of event. The collection of visual material that characterizes her artistic practice is also key to the present project: content found online in the form of short videos, memes, photos, gifs, emoticons and various external links that allow the viewer to he himself explores a certain topic, creates a complex and visually saturated story. The collected material she arranged thematically and visually in the form of an online collage and created her own narrative. Spectator initially meets The Wormhole through an interactive website. Interaction between the viewer and the installation continues with a click, which triggers one of the possible scenarios, that guides the individual to the other side of the Wormhole in space.

Wormhole is part of the artist’s current ongoing project SND, which is an interactive story game in the form of a webpage. It consists of the homepage, titled You Are Here, which depicts various apocalyptic scenarios, and multiple still-growing subpages: Overpopulation, Human Extinction, Evacuate Earth, False Utopia and Nuclear Winter. 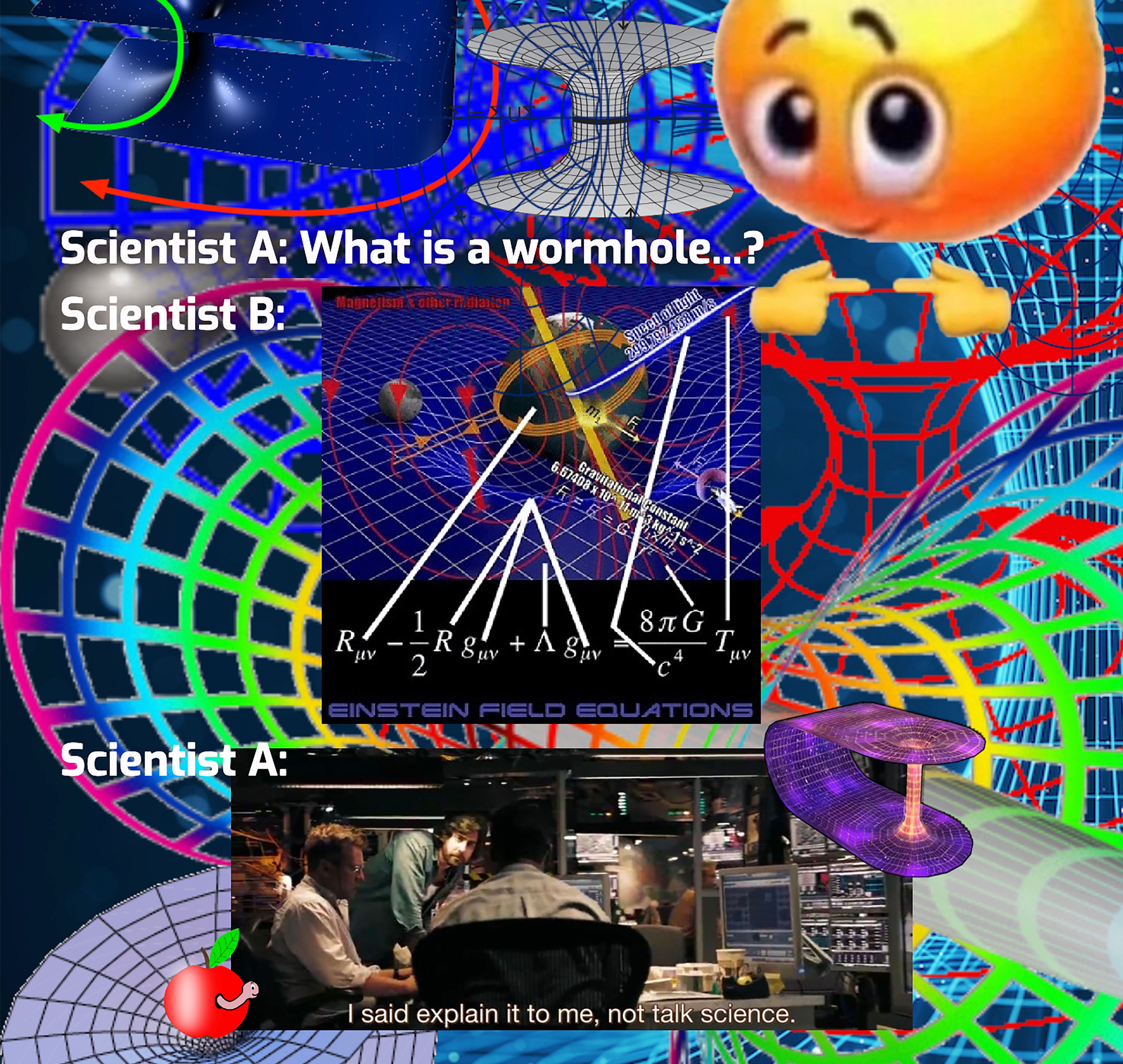 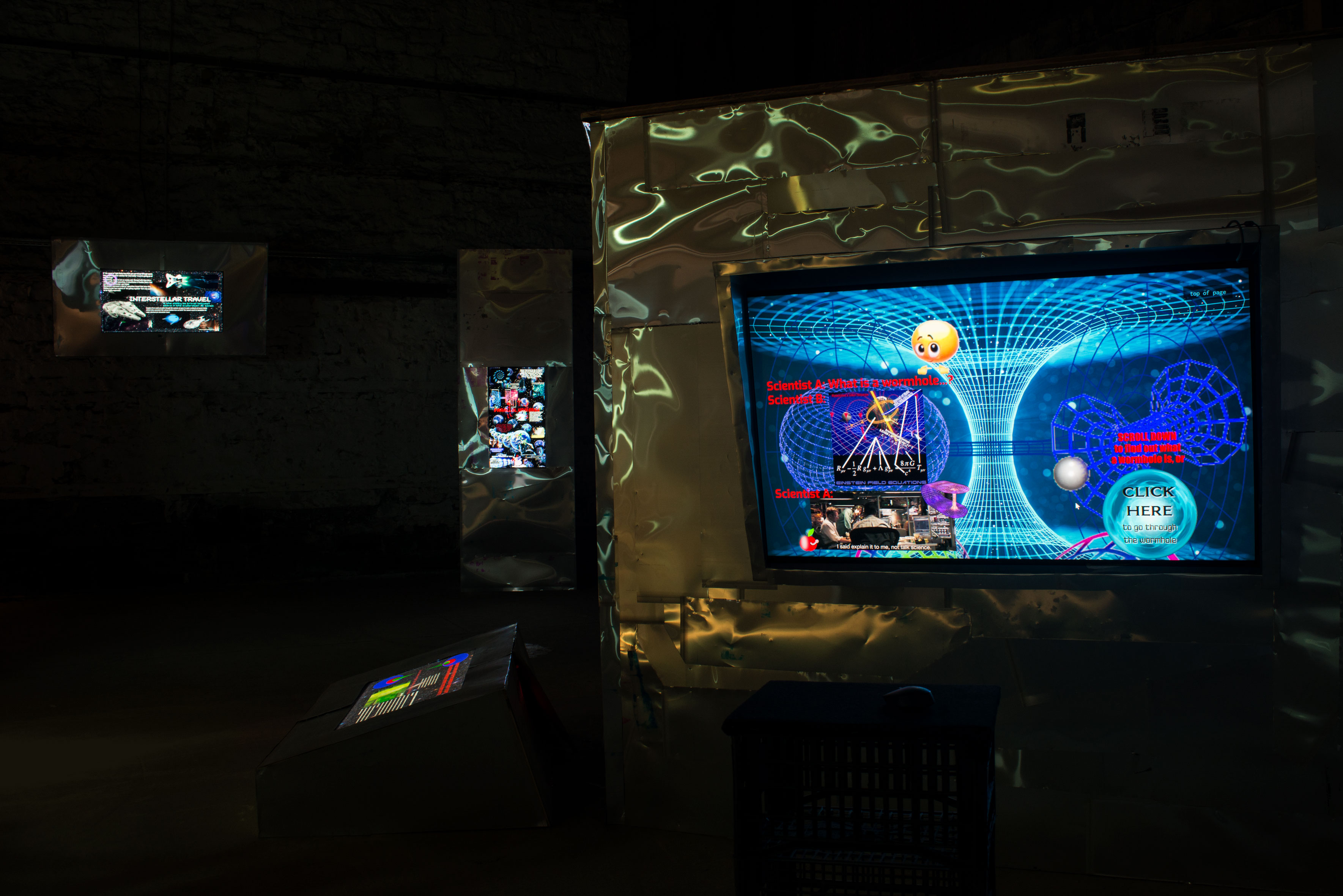 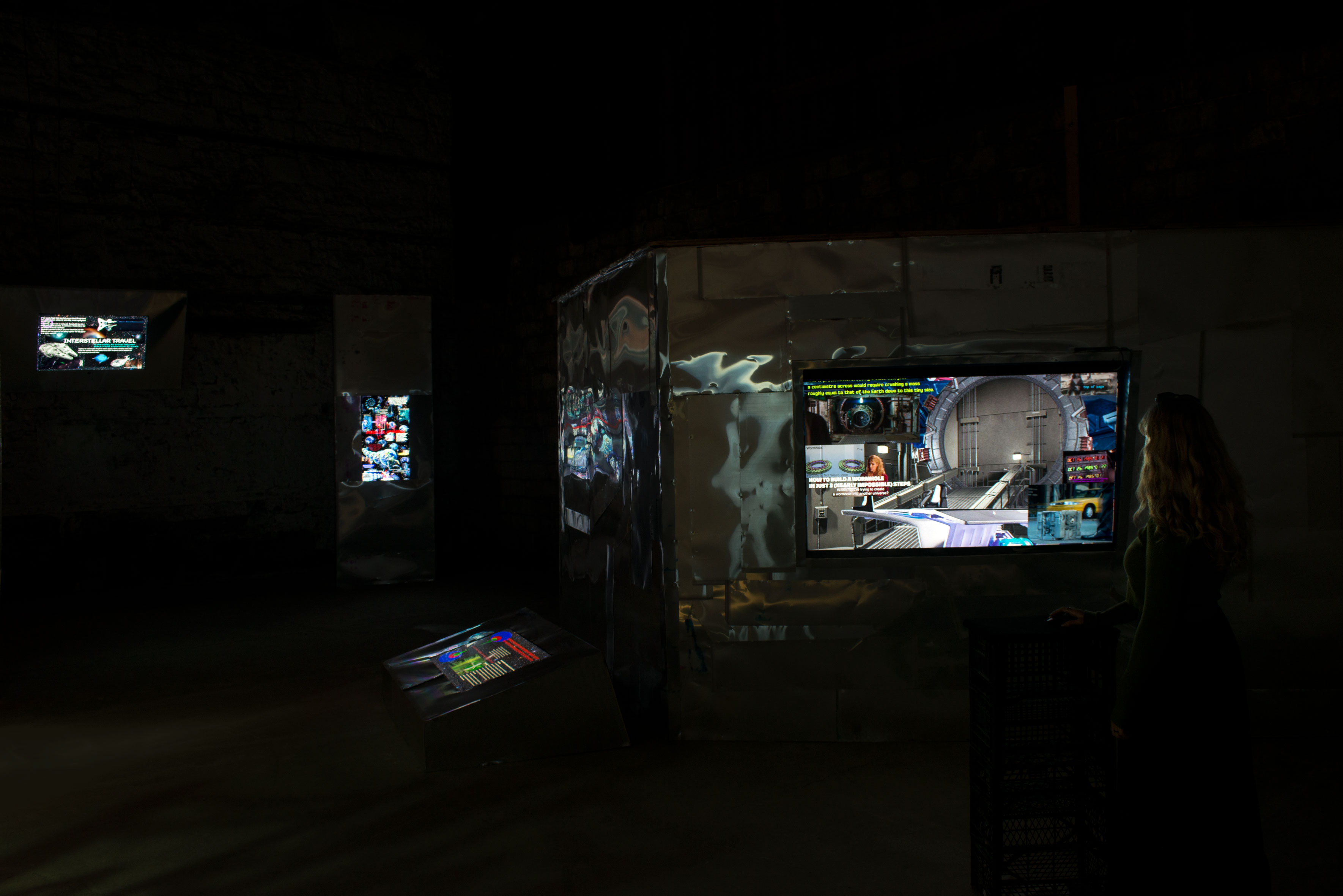 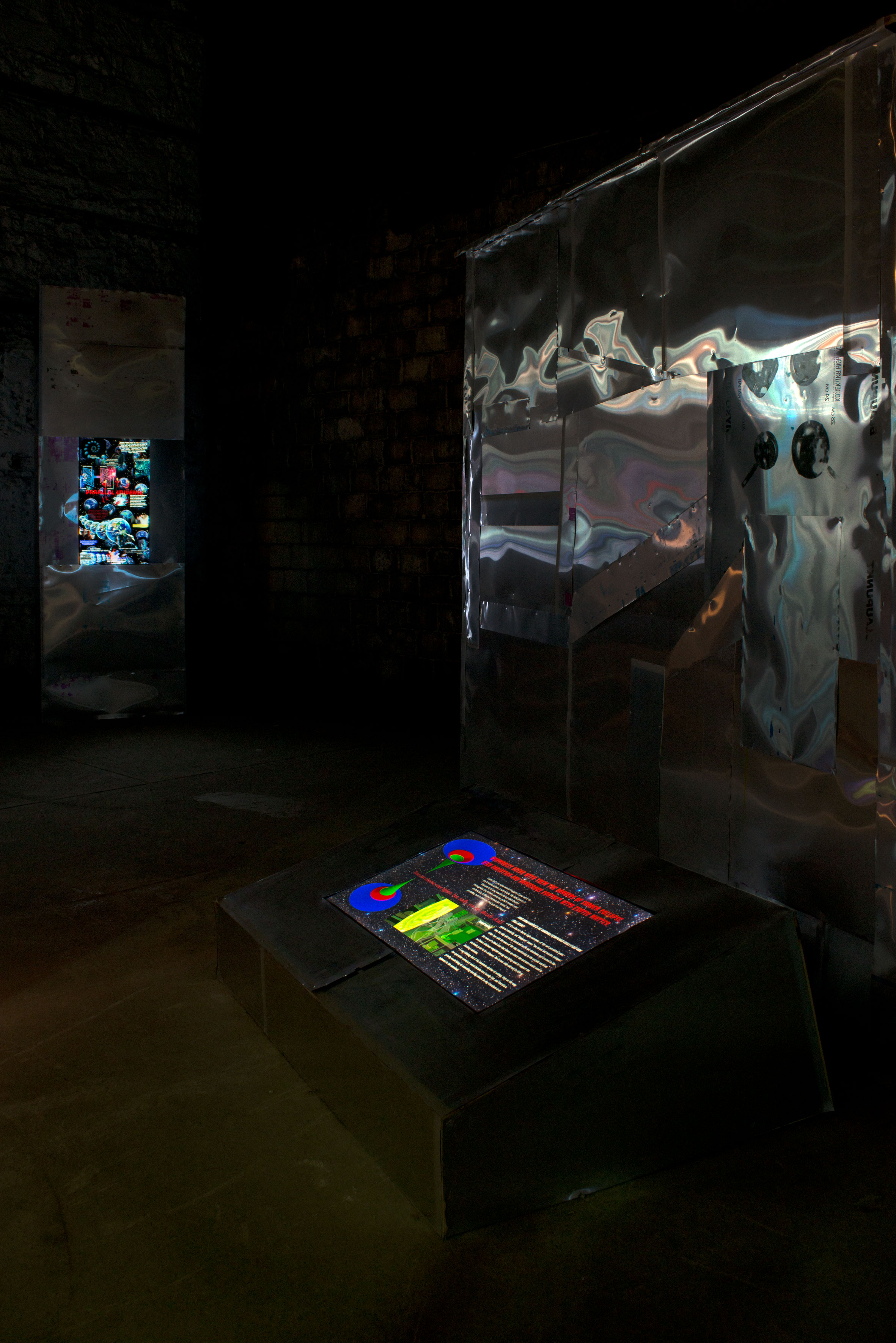 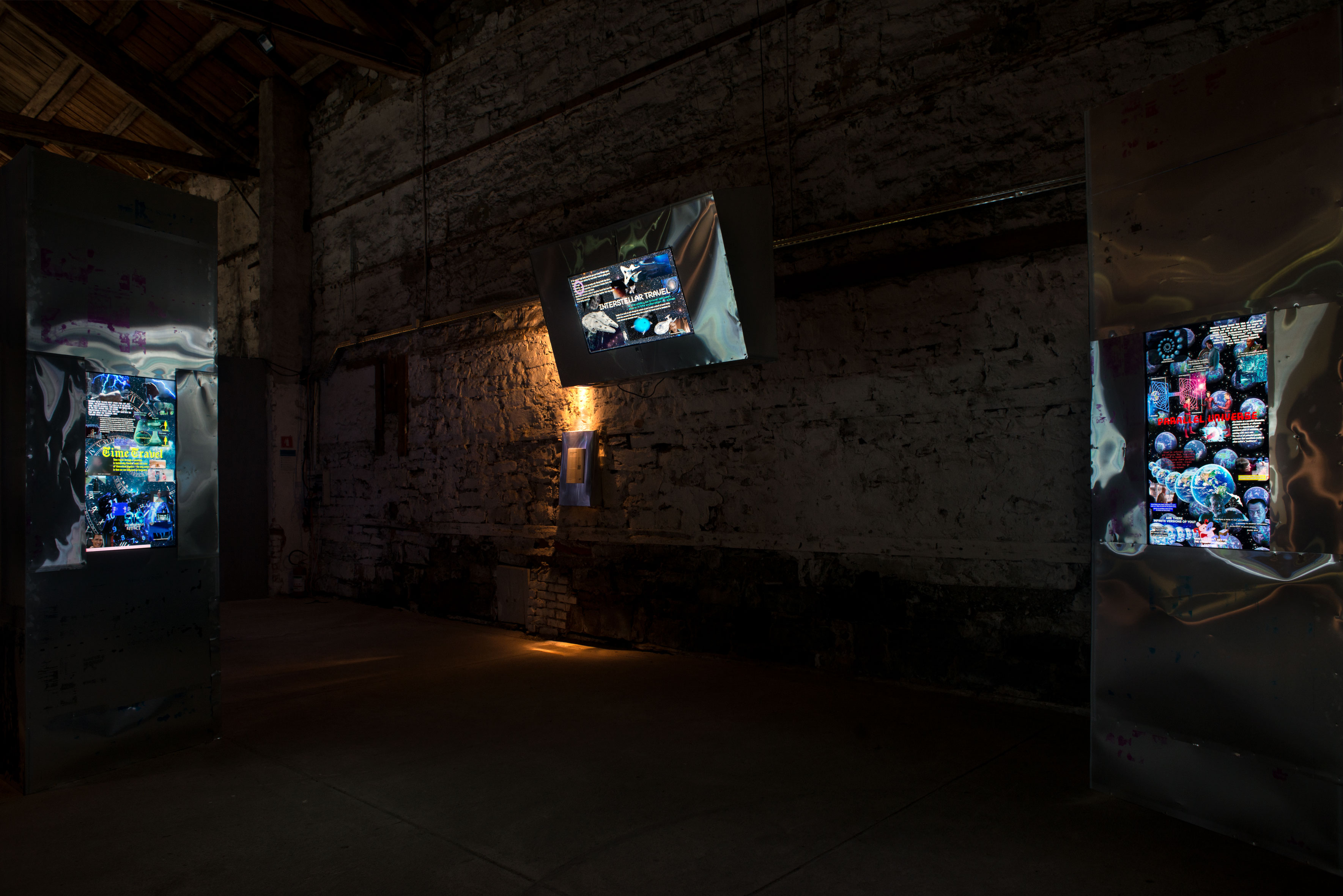 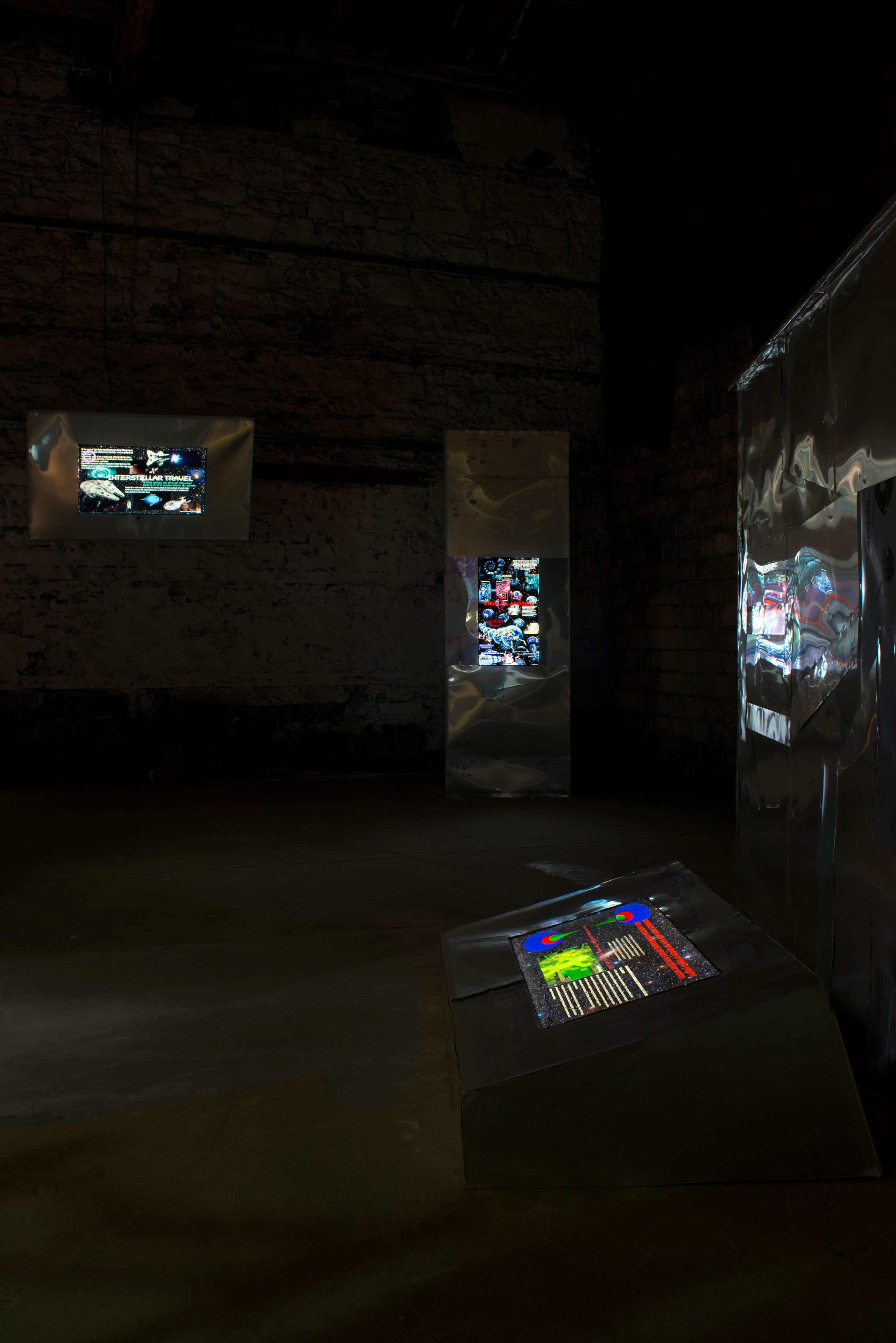 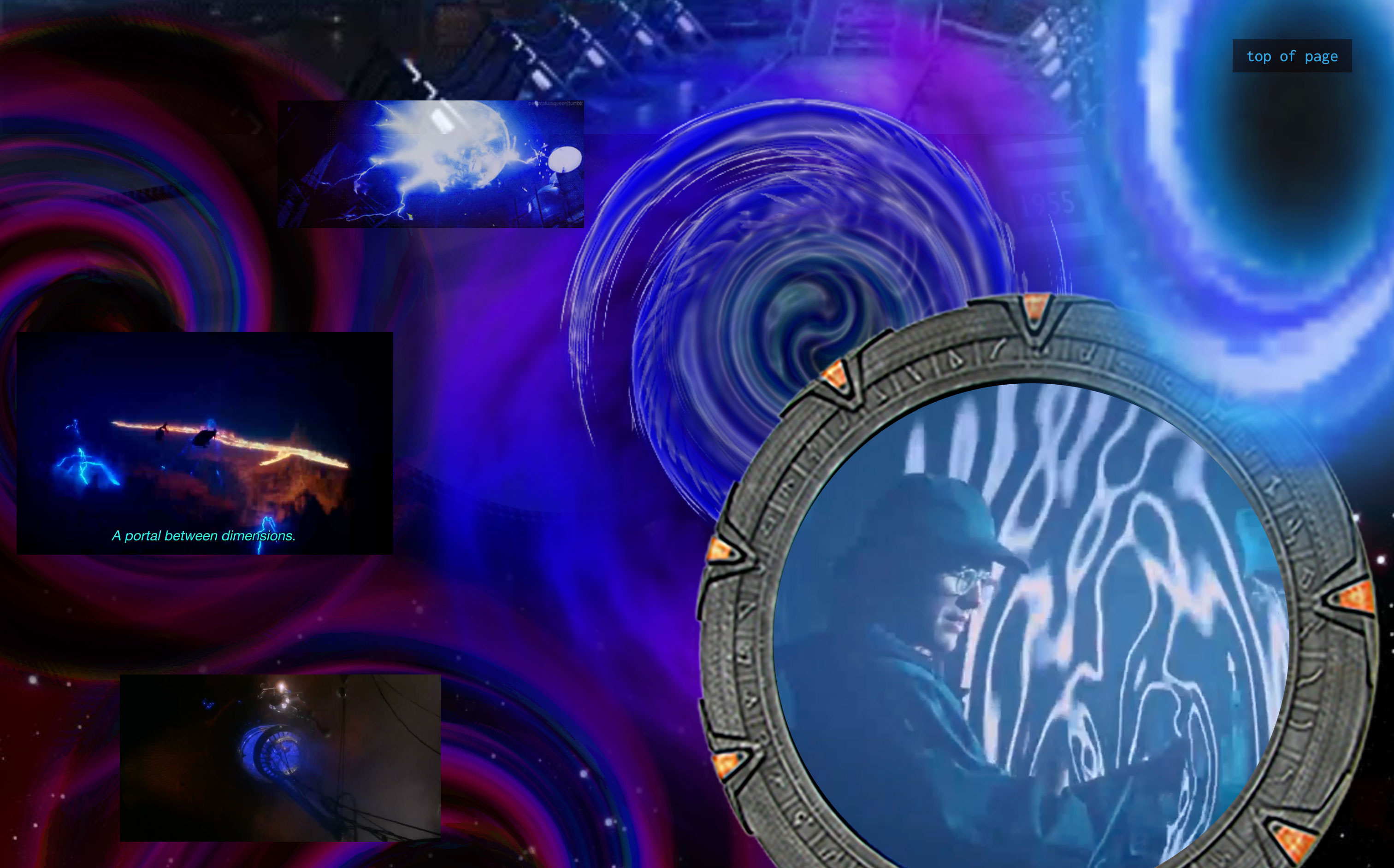 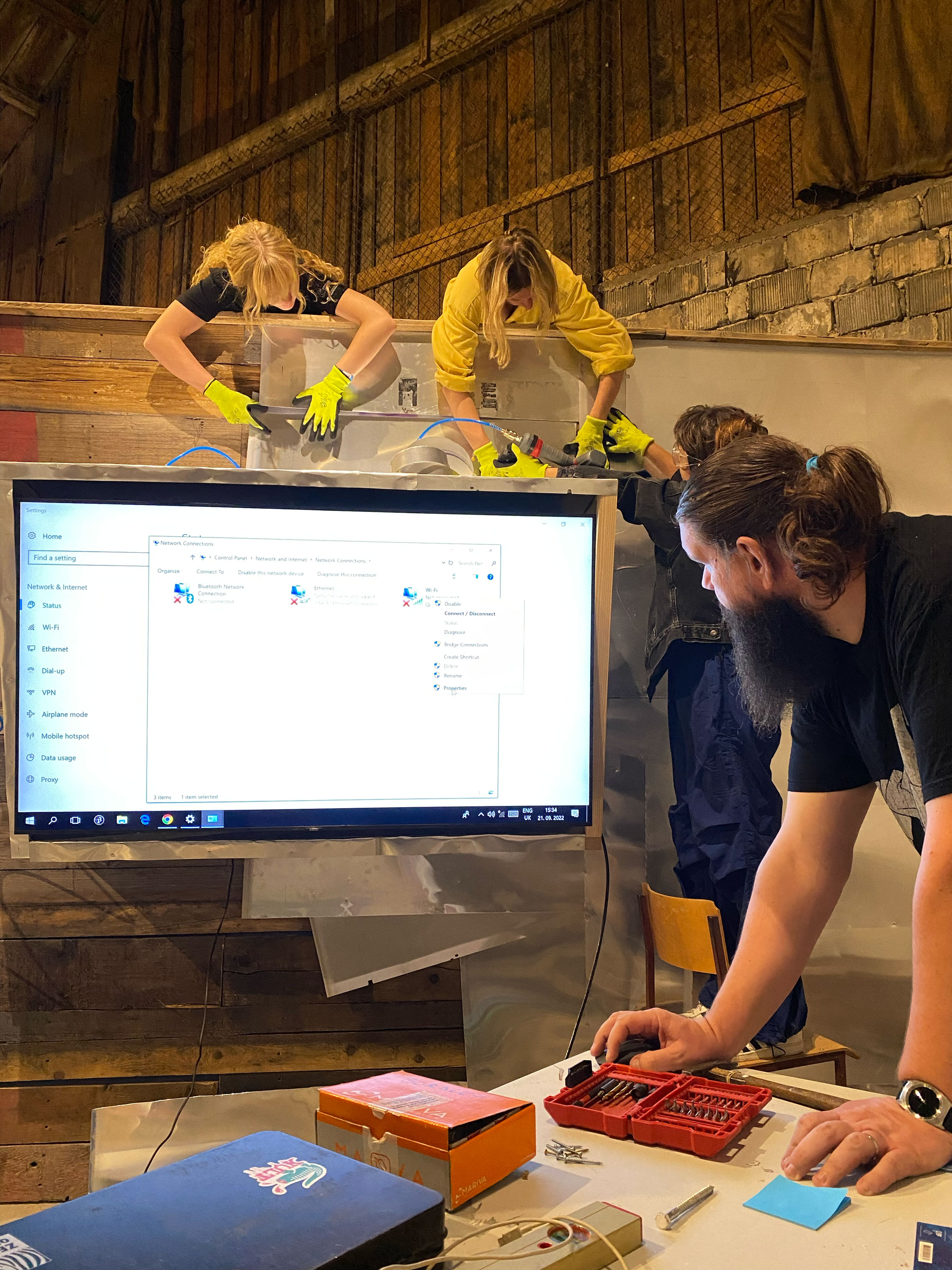 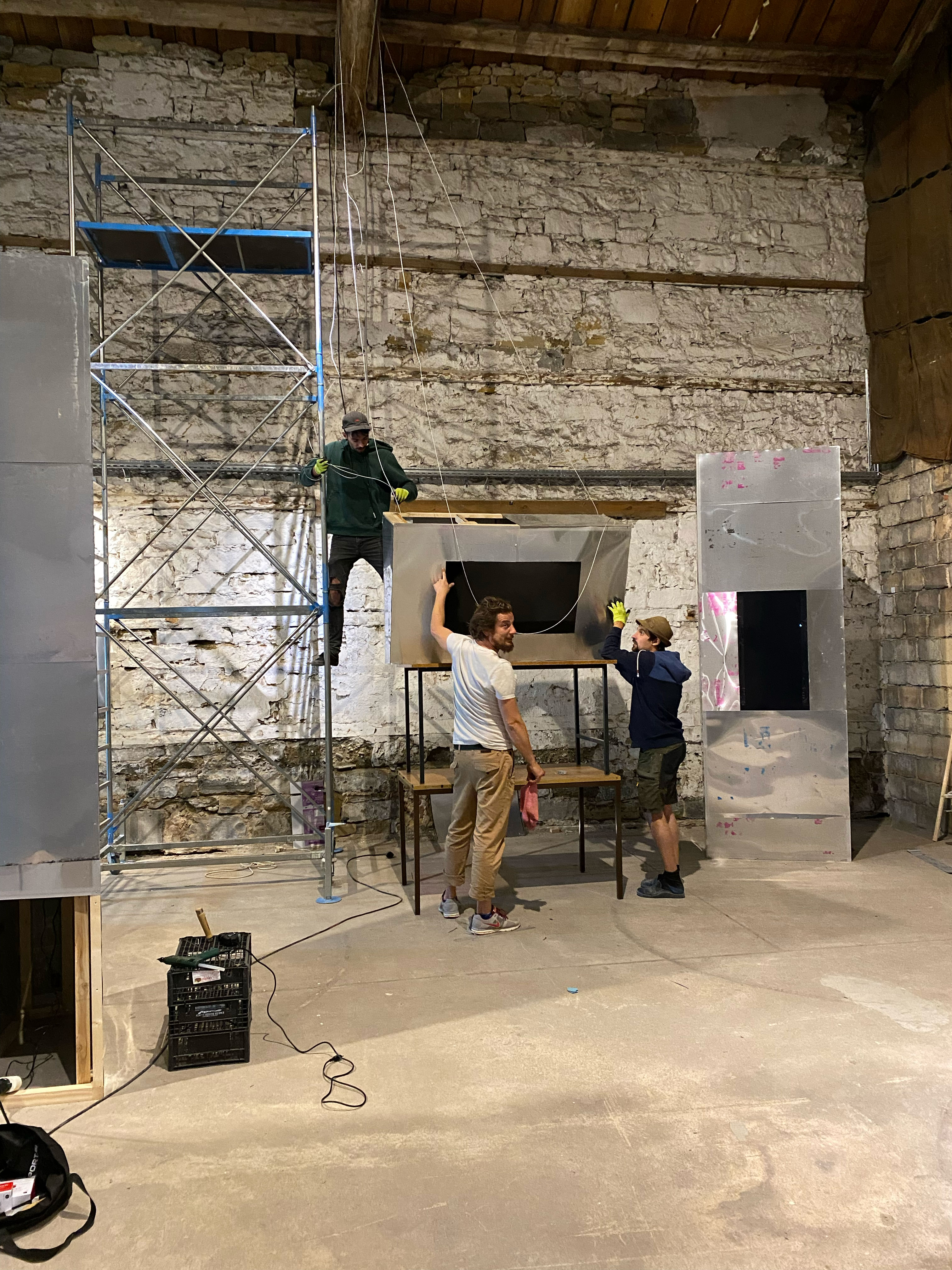 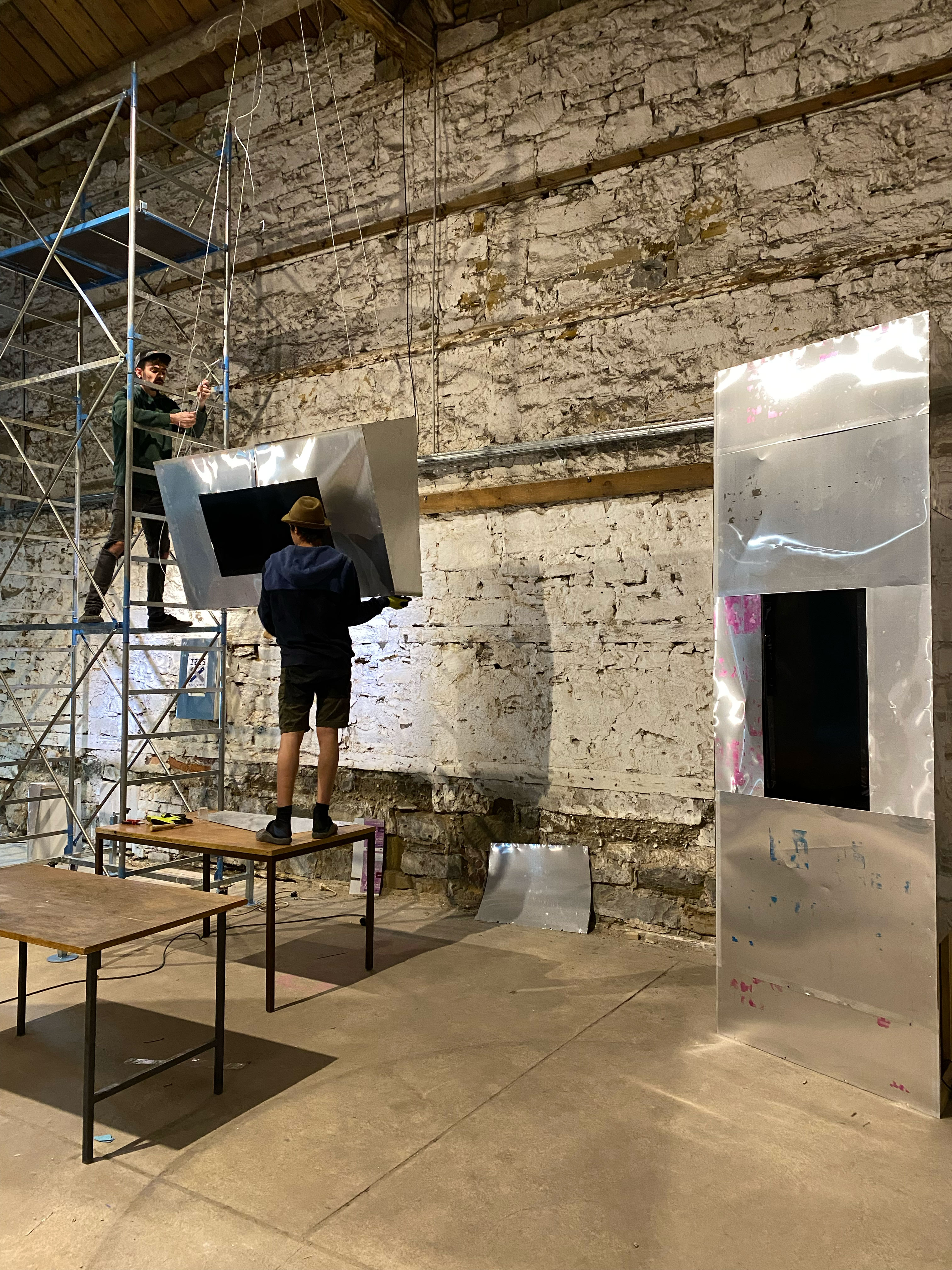 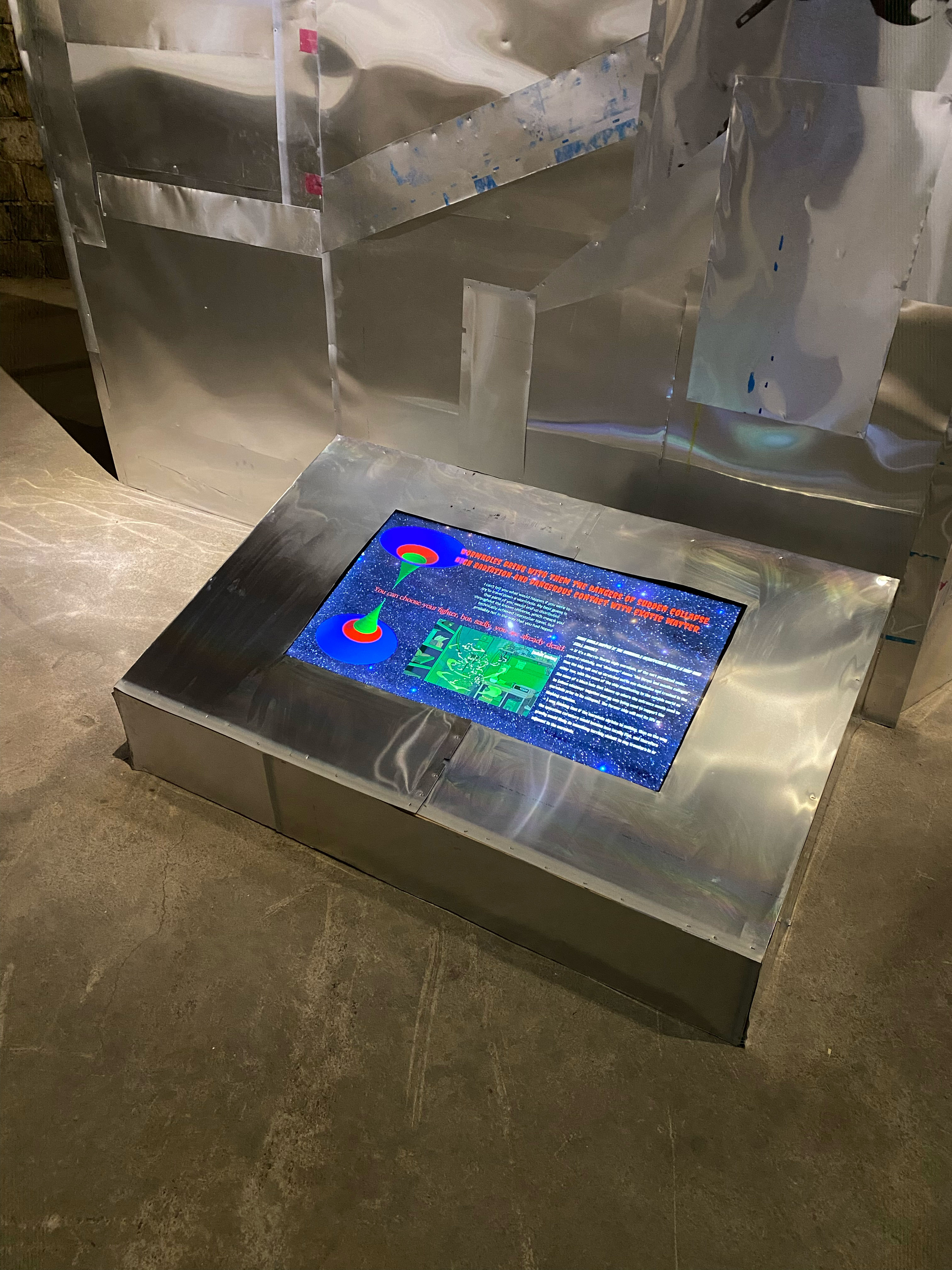